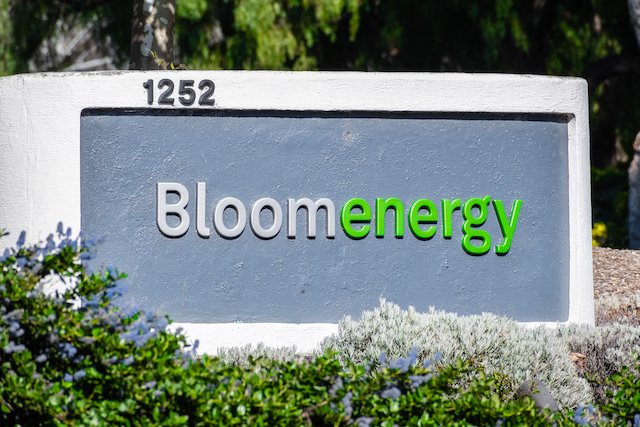 Bloom Energy Corporation announced on August 9 the initial results of its ongoing demonstration with Idaho National Laboratory (INL), the nation’s premier center for nuclear energy research and development. With nearly 500 hours of full load operation completed at the laboratory, Bloom’s high-temperature electrolyzer is producing hydrogen more efficiently than other commercially available electrolyzers, including PEM and alkaline.

Researchers at INL have been conducting a variety of tests on Bloom Energy’s solid oxide electrolyzer at the Dynamic Energy Testing and Integration Laboratory, including steam and load simulations that replicate nuclear power station conditions, an important step in validating full compatibility with a nuclear facility. Running at high temperatures and high availability, the pilot results reveal the Bloom Electrolyzer is producing hydrogen at 37.7 kWh per kilogram of hydrogen and with 88.5 percent LHV (Lower Heating Value) to DC. Dynamic testing has also been conducted and included ramping the system from 100 percent of rated power to 5 percent in less than 10 minutes without adverse system impacts.

“The Bloom Electrolyzer is, without a doubt, the most efficient electrolyzer we have tested to-date at INL,” said John Wagner, director, Idaho National Labs. “When hydrogen is produced from a clean, 24/7 source, like nuclear, it can help us address some of the significant challenges we face around decarbonization. Pairing the research and development capabilities of a national laboratory with innovative and forward-thinking organizations like Bloom Energy is how we make rapidly reducing the costs of clean hydrogen a reality and a real step toward changing the world’s energy future.”

Operating continuously and providing high-quality steam input, nuclear plants are well positioned to utilize electrolyzers to efficiently produce substantial quantities of clean hydrogen with minimal disruption to ongoing operations. Global demand for hydrogen and its emerging applications are projected to increase tenfold or more by 2050, surpassing the current infrastructure for producing and delivering hydrogen. As hydrogen usage expands from traditional industrial uses to the fuel of a clean future, the need to produce it in larger quantities and from low- and zero-carbon sources is clear.

Yet one of the primary barriers to scalable and abundant hydrogen production is cost – up to 80 percent of the cost of hydrogen production through electrolysis is electricity. Because the Bloom Electrolyzer operates at high temperatures, it requires less energy than low-temperature PEM and alkaline electrolyzers to split water molecules. Producing hydrogen up to 45 percent more efficiently than PEM and alkaline electrolyzers when combined with external heat, the Bloom Electrolyzer supports a trajectory for hydrogen to become economically accessible.

“We are proud to have partnered with Idaho National Laboratory on this landmark demonstration. By combining our Bloom Electrolyzer with steam, the laboratory has been able to validate that the DC electrical efficiency for our electrolyzer is better than any reported commercial or demonstration unit in the world for hydrogen production. This is an important milestone as we work to build a hydrogen economy,” said KR Sridhar, founder, chairman and CEO, Bloom Energy.

The successful collaboration is an important step toward the goal of replacing fossil-derived fuels with clean hydrogen in commercial and industrial applications. Responsible for more than one-third of the world’s energy consumption and a quarter of global CO2 emissions, industrial companies are particularly well-suited for low-cost, large-scale hydrogen utilization given their substantial energy requirements and growing commitments to produce low-emissions commodities and fuels.