Chancellor Scholz to Visit Gulf Countries on Saturday, Hydrogen Possibly on the Agenda 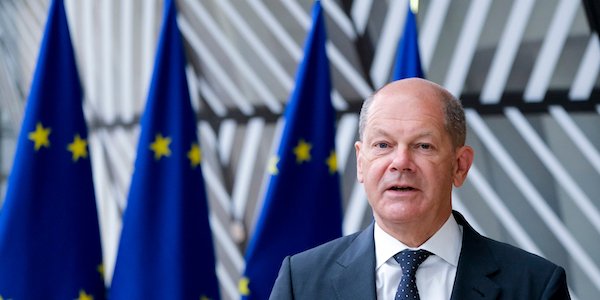 Chancellor Olaf Scholz will kick off his Gulf visit in Saudi Arabia on Saturday where he will meet King Salman and Crown Prince Mohammed Bin Salman, followed by trips to Qatar and the UAE in efforts to secure energy it is being speculated.

Cinzia Bianco, European Council on Foreign Relations (ECFR) analyst in an interview with Nova, said there is a conversation with Saudi Arabia and the Emirates on both oil and gas (Berlin asking for lower prices) in the short term and on renewables, especially blue and green hydrogen, in the long term.

The German leader will be accompanied by a high-ranking business delegation, said government spokesman Steffen Hebestreit at a news conference in Berlin on Monday.

According to German Economy Minister Robert Habeck, Chancellor Scholz is likely to sign delivery contracts during his two-day trip to the Middle East, indicating that talks are well-advanced especially with the UAE, reported Bloomberg.

“The gas supply is gradually broadening, and the government is permanently in talks with many countries, also with nations on the Arabian Peninsula,” Habeck said. “The chancellor is traveling next week to the UAE and will certainly be able to sign some contracts for LNG there.”

As for hydrogen, Germany’s Economy Ministry said that a first test delivery of green hydrogen from the UAE had arrived in Hamburg.

“The pilot delivery lays an important foundation for medium-term imports of hydrogen, which will then also be green,” the ministry said.

Although Saudi Arabia is not an LNG exporter, it has invested billions of dollars in blue and green hydrogen.

The US and Europe have also urged the country to pump more oil to decrease the surging energy price in light of Russia’s war in Ukraine.

He also said the UAE has proposed investment in its renewable projects.

“What they want to know is if we are ready to accept long-term contracts,” Michel said.