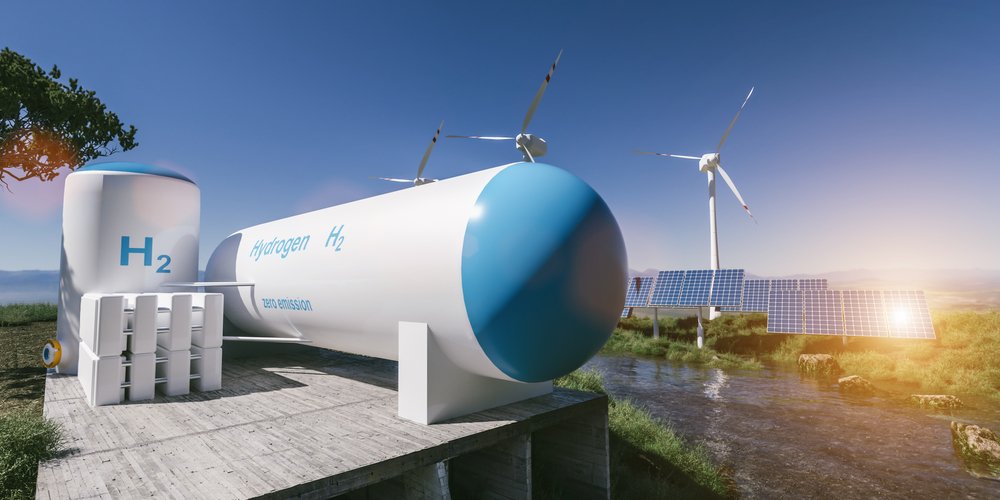 Fusion Fuel, a modular solar-to-hydrogen facility provider based in Portugal, and Electus Energy, a hydrogen fleet-fueling and power infrastructure developer, announced on 28 November that they have entered an exclusive joint venture to develop a 75 MW solar-to-hydrogen project in Bakersfield, California. Bakersfield would be Fusion Fuel’s first North American project and the start of its commercial ventures in the USA.

The solar-to-hydrogen site would make use of Fusion Fuel’s proprietary hydrogen electrolyzer technology called HEVO. The company claims the facility would produce up to 9,300 tons of hydrogen per annum to fuel heavy-duty trucks.

HEVO is a miniaturized electrolyzer, fixed to the back of a concentrated solar power (CSP) panel. CSP uses solar and thermal energy which boosts the electrolyzer’s efficiency, reducing the levelized cost of green hydrogen the company claims.

Zachary Steele, Co-Head of Fusion Fuel, said, “North America has always been a focal point of Fusion Fuel’s growth strategy as we build on our successes in Iberia and begin to look beyond Southern Europe. However, the passage of the game changing Inflation Reduction Act earlier this year caused a dramatic acceleration of those plans. The production and investment tax credits promise to significantly improve the already attractive economics of our solar-to-hydrogen solution in many markets across the US.”

“Bakersfield will be the first anchor project of our US strategy, which is heavily focused on the hydrogen mobility and logistics opportunity and envisions a hydrogen highway from California to Texas. While our HEVO-Solar technology is best suited for markets with high solar irradiance, the expected introduction in 2024 of our newest product – HEVO-Chain – will make the entirety of North America part of our addressable market.

Jason Baran, Fusion Fuel’s Chief Commercial Officer, commented on the announcement: “This is a critical moment for Fusion Fuel and for our ambition to be a global leader in clean hydrogen solutions.

“In just under two years as a public company, Fusion Fuel has established itself as a key player in the Iberian green hydrogen ecosystem. However, we knew that entering a new market, particularly one as large and complex as North America, would require a cornerstone project and a credible partner.

“Due to the unique combination of solar irradiance, California tax incentives, and proximity to large-scale offtake, Bakersfield is the ideal project to anchor our North American strategy.”

The project would require an estimated €175 million (~$180 million) in capital investment, with a final investment decision expected in early 2024 and commissioning in the first half of 2025. Once operational, this project will provide enough hydrogen fuel to support over 1,000 Class 8 trucks or buses per day.

The companies have already entered into a land-lease agreement to secure 320 acres in Kern County, California for the project’s development. Fusion Fuel has engaged Black & Veatch to perform a concept study and is also working with Cornerstone Engineering and Headwaters Solutions.

“We are excited about partnering with Fusion Fuel to implement their unique technology and expertise in one of our first large-scale green hydrogen production facilities in California,” said Andrew Greene, Electus Energy’s Chief Executive Officer and Co-Founder.

“In support of this strategy and to ensure we are positioned to move quickly to execute on Bakersfield and capitalize on the opportunity provided by the IRA, we will be ramping up our hiring efforts in the US as well as evaluating an investment in a domestic production facility to complement our new factory in Benavente, Portugal,” said Steele.