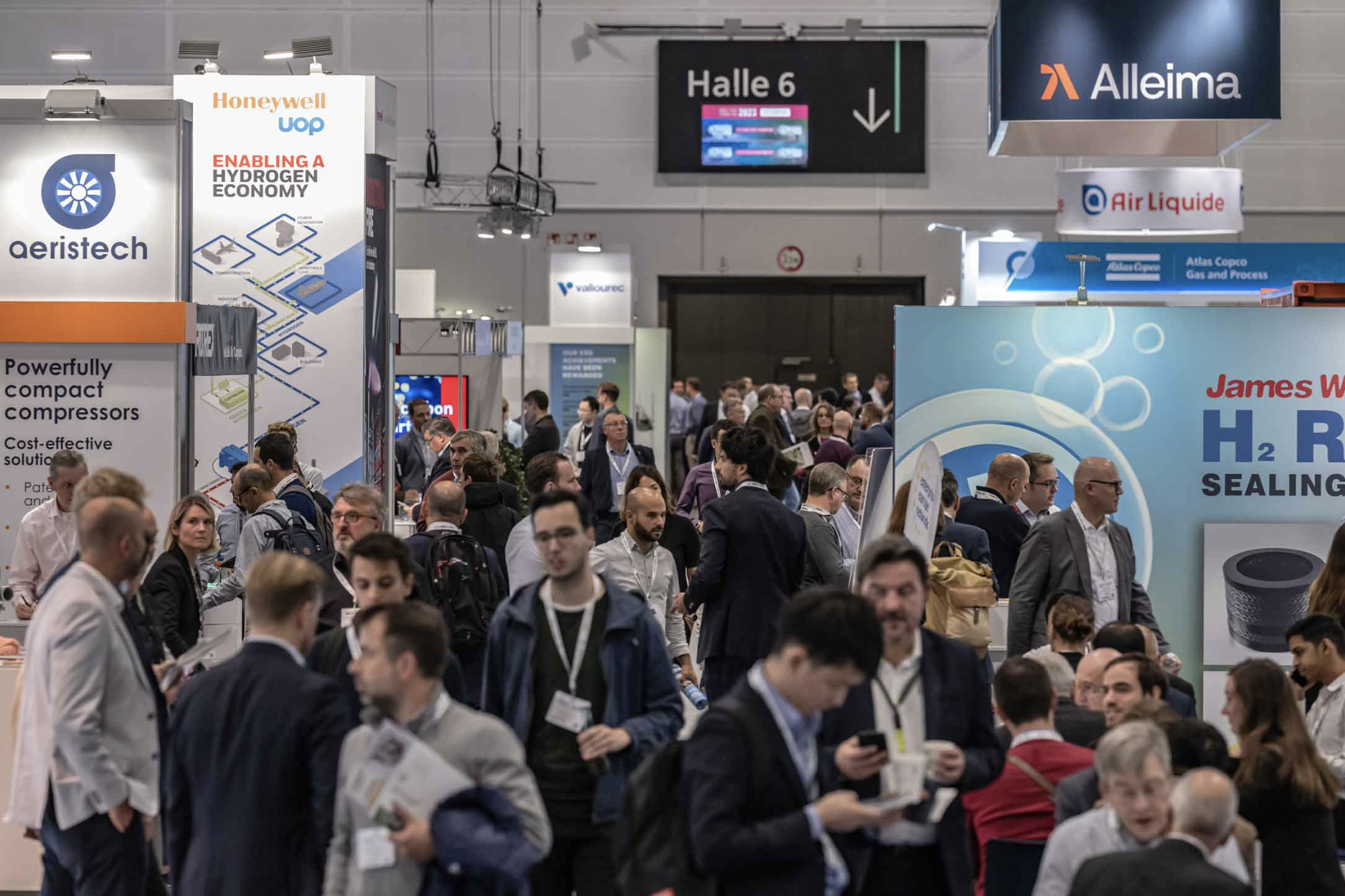 Hydrogen Technology Expo Europe 2022 co-located with Carbon Capture Technology Expo which took place on 19-20 October in Bremen, Germany was incredibly successful drawing in a crowd of almost 6,500 attendees from approximately 90 different countries. The exhibition space saw an increase of 300% compared to 2021 with 350+ exhibitors, whilst the conference had 60% more delegates, cementing Hydrogen Technology Expo as the world’s largest hydrogen event.

Exhibitors showcased their latest innovations from across the hydrogen and carbon capture value chain with many saying they were able to find new customers, access new markets and identify where their products can be best positioned. They were also pleased with the calibre of attendance and how international the event was.

MMM Group Marketing and Sales Manager Emilio Vicente said: “I’m really amazed at the possibilities we have been able to reach at this trade fair.

“After talking with 100’s of visitors and 100’s of other partners, we can now understand which is our ecosystem and which part of it we are in. This event has exceeded our expectations!”

EDAG Portfolio Manager Energy Systems and Drive Trains Aron Duetschländer said: “There are so many interested people, so many international people at this event. This is a good experience and it’s good to be here!”

Japanese hydrogen products manufacturer Nitto Kohki showcased their products with the aim of breaking into the European market.

Yosuke Ilnuma, Senior Supervisor New Energy Department Nitto Kohki said: “We are very experienced in the Japanese market, and we are trying to start promoting our products in Europe.”

The two-day event held in Messe Bremen hosted top quality players in the hydrogen sphere, including governments, large corporations, and new innovators on the scene.

“I’m very proud to be here because it’s the world’s largest hydrogen congress and we want Bremen to be part of northern Europe’s hydrogen strategy,” said Bremen Minister of Economy Kristina Vogt who opened the exhibition and conference.

Hydrogen Technology Expo was selected as the ideal platform to launch the “North Meets North Dialogue” which brought together policy makers and investors from the UK’s Northern Powerhouse and event partners HY-5, an alliance of five northern German states (Bremen, Hamburg, Mecklenburg-Western Pomerania, Lower-Saxony and Schleswig-Holstein).

The event proudly hosted a networking lunch for women in hydrogen initiated by the UK Department of International Trade (DIT).

The German-Norwegian Chamber of Commerce saw Hydrogen Technology Expo as a great opportunity to hold an event bringing together companies and political representatives from the two countries to collaborate on hydrogen and CCUS.

Charlie Brandon Hydrogen Technology Expo Event Director said: “We’ve had a phenomenally successful event and we’re very pleased with how it turned out. Looking forward to next year where we look to expand as we continue to push forward the energy transition. We’d like to thank all our exhibitors and speakers who took part in this event.”

“The interest in hydrogen is global and this year we were extremely pleased to see an increase in international visitors attending from more than 90 countries. Combined with Carbon Capture Technology Expo, the event is now the world’s largest trade show dedicated to hydrogen and carbon capture technologies and solutions and we are looking forward to seeing even more international companies take part in next year’s event.”

Hydrogen Technology Expo Europe will return to Bremen on 27-28 September 2023.