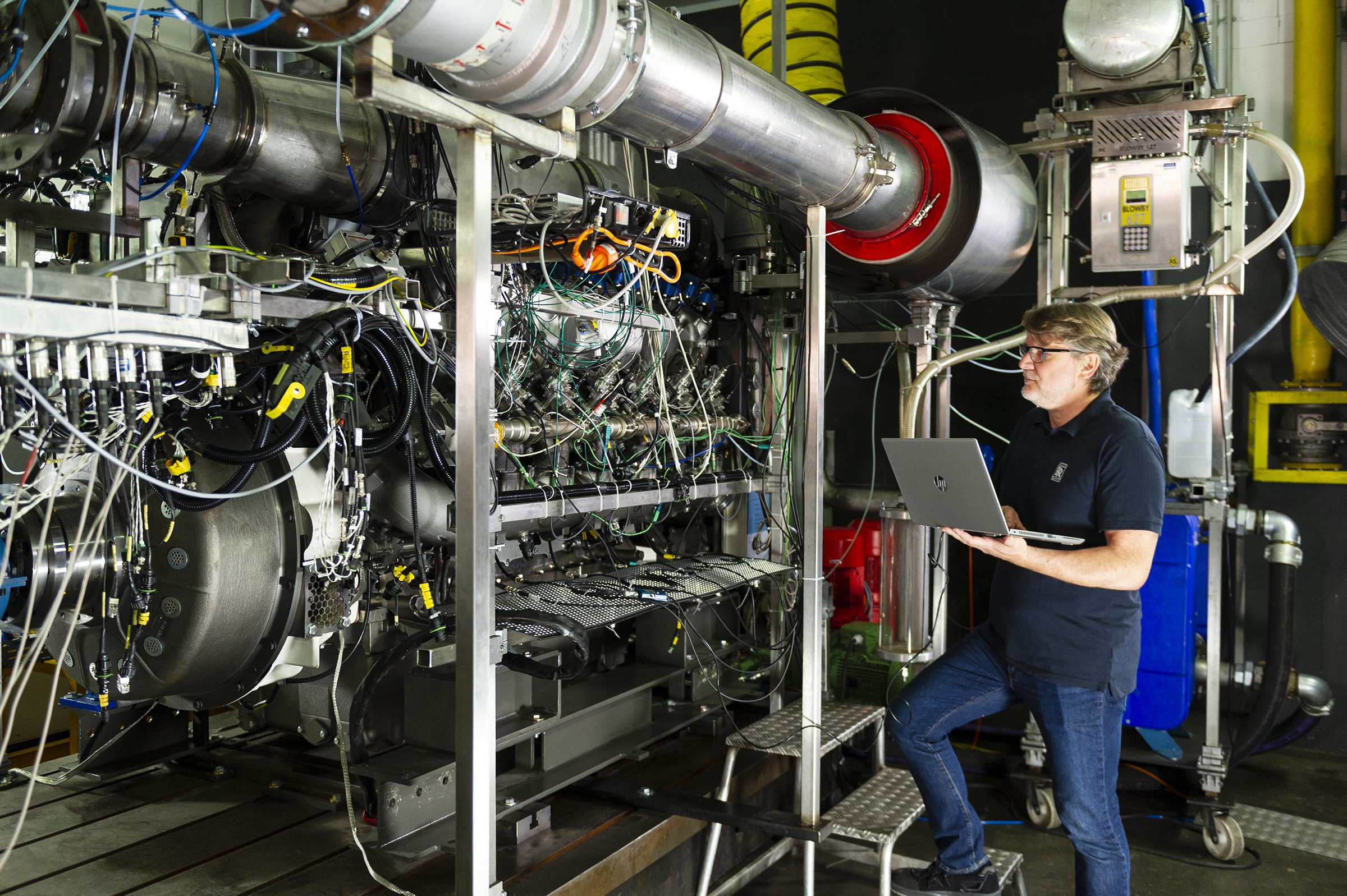 Rolls-Royce announced on 16 January that it has successfully tested a 12 cylinder gas variant of its mtu Series 4000 L64 engine running on 100% hydrogen fuel.

The first use of the mtu engines powered by 100% hydrogen is planned for the enerPort II lighthouse project in the German inland port of Duisburg. The hydrogen-powered engine will provide climate-neutral energy supply for the construction of a new container terminal.

Dr Jörg Stratmann, CEO Rolls-Royce Power Systems, commented: “We see hydrogen as one of the central elements of the energy transition. It can be used for both storage of excess energy and as a fuel, not only for engines but fuel cells and cogeneration plants to generate climate-neutral electricity and heat.”

Due to the different combustion behaviour of hydrogen compared to natural gas, some engine components including fuel injection, turbocharging, piston design and control, were modified in the test engine.

However, by using proven technologies within the Power Systems’ portfolio, such as mtu turbochargers, injection valves, and engine electronics and control, the development of the engine to use hydrogen was advanced quickly and efficiently, Rolls-Royce said in a statement.