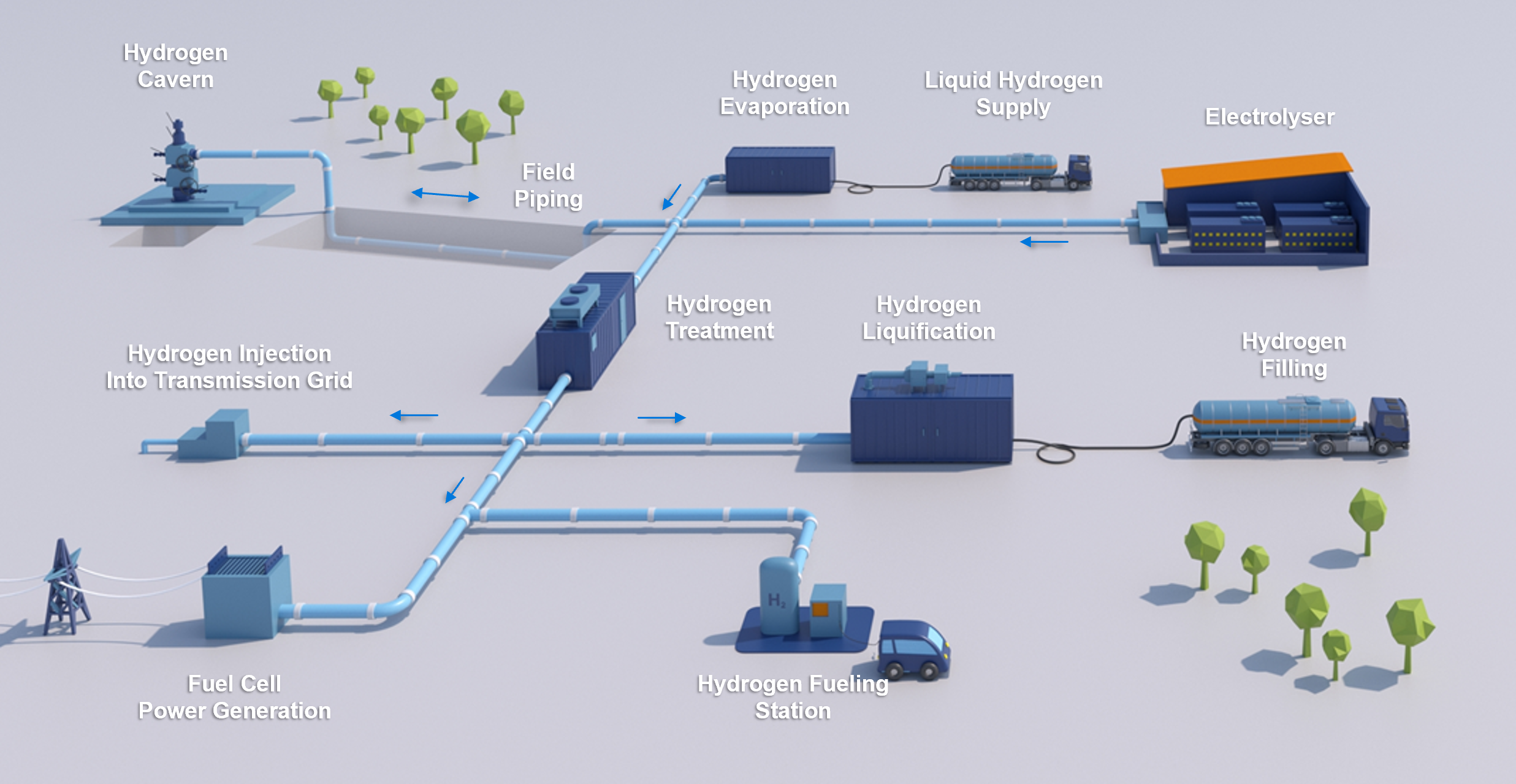 Uniper Energy Storage will test the construction and operation of a new salt cavern specifically built for hydrogen storage on a large scale and in a real-world environment at the natural gas storage facility in Krummhoern, Northern Germany, which has not been used commercially since 2017.

For this purpose, a new pilot cavern will be sol-technically constructed using an existing well. During the trial operation, equipment and materials will be examined for hydrogen compatibility, and experience will be gained in the storage of exclusively green hydrogen in a salt cavern and its delivery and further use.

The project, called KRUH2, is also being funded by the state of Lower Saxony and will test how green hydrogen produced by electrolysers can meet a plant’s own demand for heat, mobility and electricity. The company said the project will be the first of its kind and is set to begin operations in 2024.

Uniper will invest around €10 million in the green future project with a storage volume of up to 250,000 cubic meters of hydrogen.

Lower Saxony’s Environment Minister Olaf Lies said: “The advantage of hydrogen is that it can be stored. In order for it to develop this advantage, we need storage facilities, including caverns. I’m pleased that Uniper wants to use cavern storage for hydrogen here in Lower Saxony. We are happy to support this path. It’s in all our interests that we go forward quickly.”

Doug Waters, Managing Director of Uniper Energy Storage, said: “We are delighted about the funding commitment from the state of Lower Saxony. With this pilot project, we are gathering the empirical data that we urgently need in a world without fossil fuels: namely, how we can realize the storage capability of green electricity in a CO2-free future.”

Complementing Uniper’s nearby Wilhelmshaven site with the “Green Wilhelmshaven” project, Krummhoern’s geographic location near the windy North Sea and its decades-old energy connections to the gas and electricity grids make it an ideal energy location, strengthening the importance of the region and Lower Saxony as an energy hub in Central Europe.